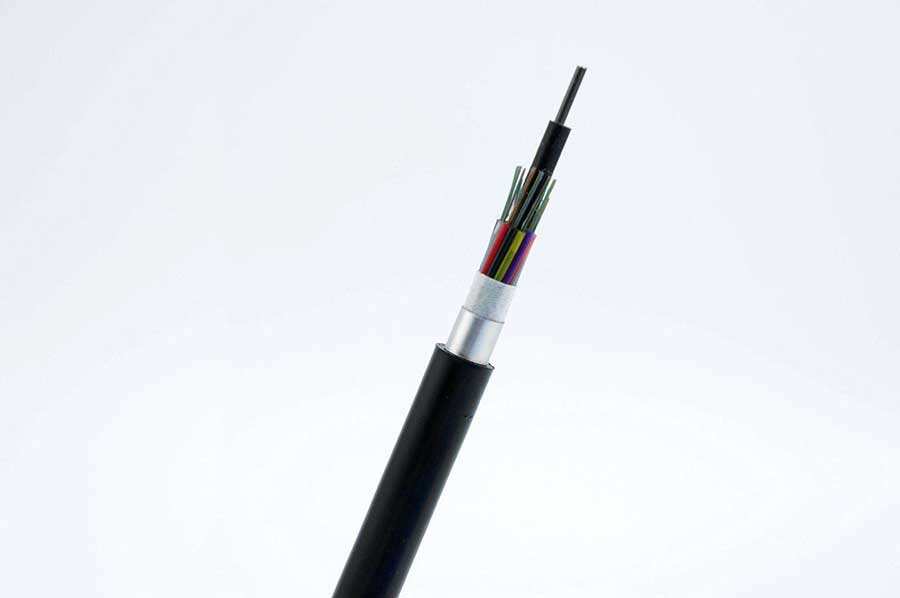 According to the transmission mode of optical fiber, it is divided into single mode fiber and multimode fiber
Single-mode fiber
This refers to the optical fiber that can only transmit one propagation mode in the operating wavelength, usually referred to as single-mode fiber (SMF: Single-Mode Fiber). In cable TV and optical communication, it is the most widely used optical fiber. Because the core of the optical fiber is very thin (about 10 μm) and the refractive index is distributed stepwise, when the normalized frequency V parameter <2.4, theoretically, only single-mode transmission can be formed. In addition, SMF does not have multi-mode dispersion. Not only does the transmission band have more modes and the fiber is wider, but the addition of SMF's material dispersion and structural dispersion cancels out, and its composite characteristics just form the characteristics of zero-dispersion, which makes the transmission band wider. In SMF, there are many types due to different dopants and differences in manufacturing methods. Depression cladding fiber (DePr-
essed Clad Fiber), the cladding forms a double structure, the cladding adjacent to the core, which is more refracted than the outer inverted cladding
The rate is still low. In addition, there are matched cladding fibers whose cladding refractive index is evenly distributed.
Multimode fiber

The optical fiber according to its working length and the mode in which it can spread into multiple modes is called multimode optical fiber (MMF: MUlti ModeFiber). The core diameter is 50 μm. Since the transmission mode can reach hundreds, the transmission bandwidth is mainly dominated by mode dispersion compared with SMF. Historically used for short-distance transmission of cable TV and communication systems. Since the advent of SMF fiber, it seems to have formed a historical product. But in fact, because MMF has a larger core diameter than SMF and is easy to integrate with light sources such as LEDs, it has advantages in many LANs. Therefore, in the field of short-distance communication, MMF is still receiving attention again. When MMF is classified according to the refractive index distribution, there are two types: gradient (GI) type and step (SI) type. The refractive index of the GI type is highest in the center of the core and gradually decreases along with the cladding. From a geometrical optical point of view, the light beam traveling in the core appears to travel in a meandering manner. Because the time required for each path of light is approximately the same. Therefore, the transmission capacity is larger than the SI type. The refractive index distribution of the SI-type MMF fiber and the core refractive index distribution is the same, but the interface with the cladding is stepped. As the reflection of the SI-type light wave in the optical fiber progresses, the time difference of each light path is generated, which causes the emitted light wave to be distorted and the color shock is large. As a result, the transmission bandwidth becomes narrower, and SI-type MMF is used less frequently.